Beginning in the late 1920s and known as the American Legion Health Resort, this project represents the cohesive effort of many communities of Phillips County. Its history is colorful success and joy mingled with setbacks and despair. Originally, a wildcat oil rigger was testing the area for oil. At 3,100 feet, he struck a gushing well of hot water, which flowed with 500 pounds per square inch. Drilling was abandoned, and the well was allowed to flow for several years. During these years, when bathtubs were not as plentiful as now, cowboys in the area made us of the hot water for a “Saturday night bath.”

Then, a strange set of circumstances began to develop. Elbert Davison, a Saco rancher, had a son stricken with polio. He conceived the idea of building a wooden tub around the hot mineral water and bringing his boy down to soak in hot water. The results were so beneficial that soon many people were making use of it, and a larger pool was made of wooden railroad ties.

The American Legion Posts of Malta, Saco, and Hinsdale combined their efforts to get the escaping natural gas shut off without stopping the flow of water. Many residents of this area still remember when a match could be thrown over the well, and the escaping gas would ignite, burning until a high wind came along to blow it out.

President Roosevelt’s New Deal came into effect in the midst of the depression years, and the WPA was formed to help the unemployed. A program called the resettlement Administration, a project of Phillips County’s Henry Lantz, was looking for projects of a recreational nature to provide employment. The hot water “plunge,” as it was known, was an ideal location for work of this type. Thus began the Legion Health Resort. Today it stands as a monument to the community spirit and unselfish effort of many individuals. 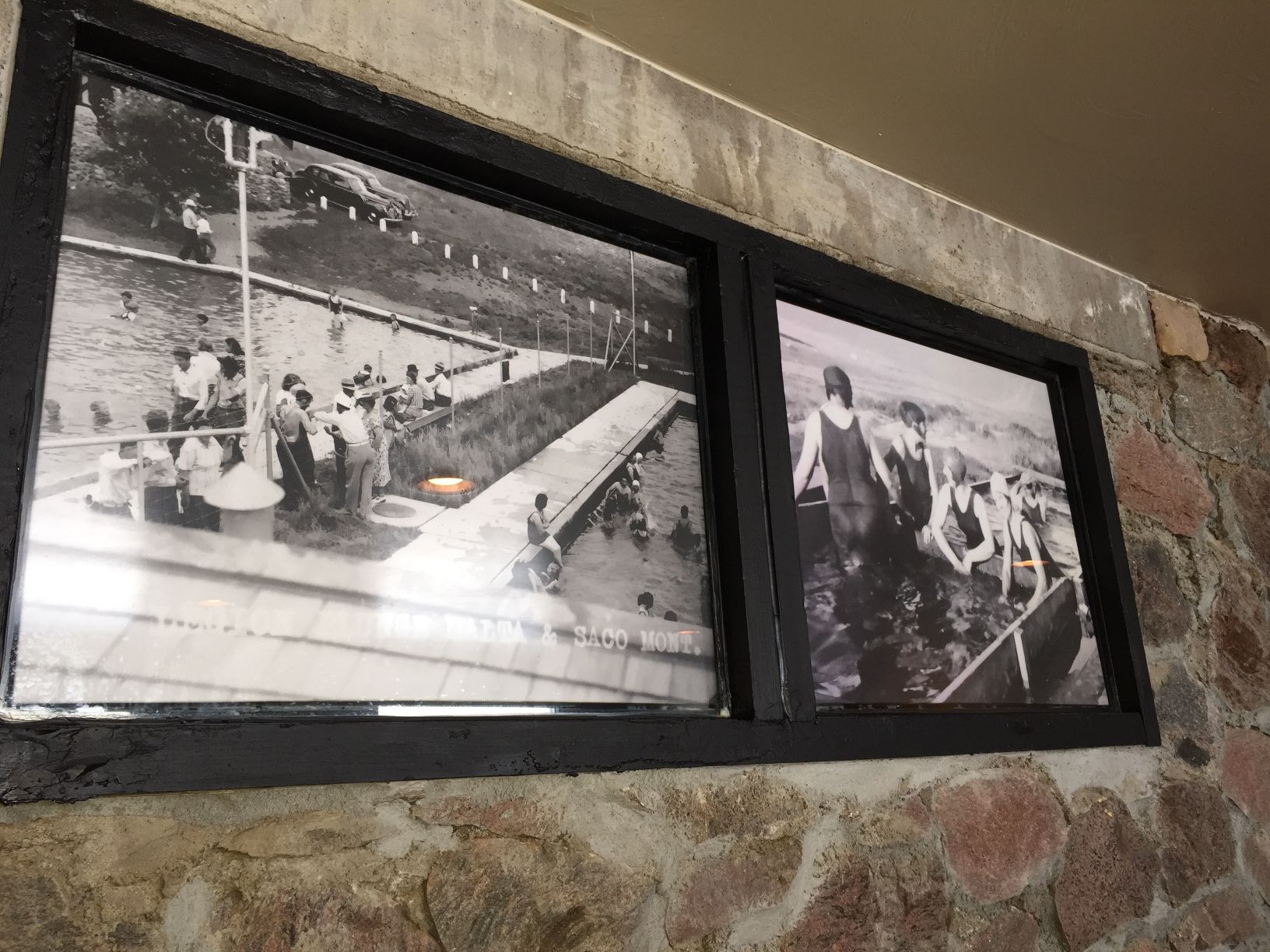 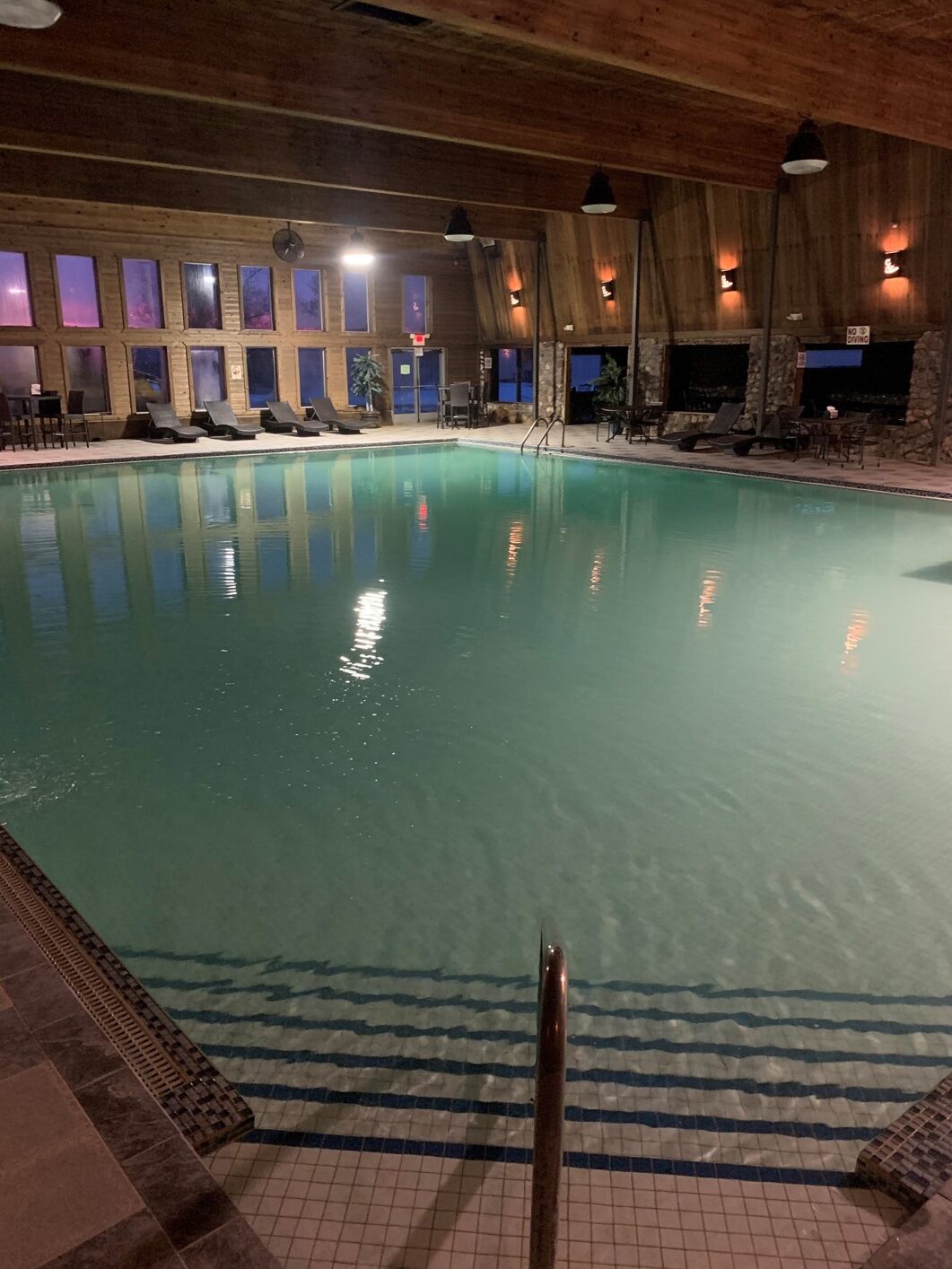 The water comes from an artesian well that is 3,200 ft deep. The temperature is 108 degrees Fahrenheit and flows at a rate of approximately 900 gallons per minute with 495 psi. This water contains many beneficial and essential minerals.

Sulfate: Rids the body of toxins, promotes the health of bones, and is anti-inflammatory.

Calcium: It is a constituent of the elastic fibers of the skin and the surface of bones and teeth. Promotes stability.

Sodium: Has been known to relieve symptoms of arthritis.